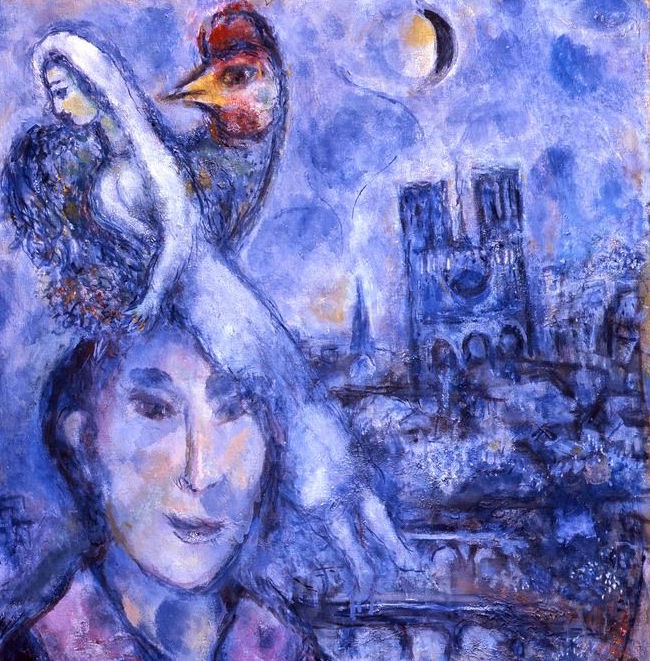 In the aftermath of the fire at Paris’s the Notre-Dame Cathedral on April 15, a renowned self-portrait by Russian-French artist Marc Chagall has been put on display in the entrance of the Palatine Gallery at Florence’s Pitti Palace in solidarity on behalf of the Uffizi Galleries.  Formerly housed in the Vasari Corridor, the painting had been moved to storage as renovation of the corridor begins. Chagall himself donated this spectacular piece in 1976.

The self-portrait features many iconic images, including Chagall himself, his wife Bella, a cockerel which represents his Russian motherland, and a beautiful depiction of the iconic Notre-Dame Cathedral in the background. As with all of Chagall’s words, his use of colors attract the viewer’s eyes, and in this piece, the overlapping backdrop of blue is said to represent the “color of his soul.”

Now temporarily displayed in the Pitti Palace, the self portrait will move to the Uffizi, when the new rooms which will be specifically dedicated to self-portraits open.

Museum director Eike Schmidt said:  “The Uffizi Galleries fly with their hearts to embrace the ‘Our Lady’ (Notre Dame) in Paris.”

Despite estimates by experts that it will take between 10 and 15 years to fully rebuild the cathedral, French President Emmanuel Macron stated he will aim to conclude the work within a five-year span.  As of this writing, 880 million euros have already been raised to make such a feat possible.  (karl whittaker)