A Free Recital at the Cathedral Museum 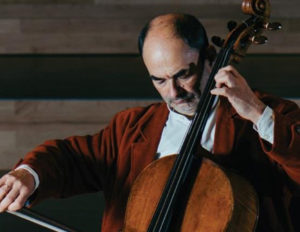 The second appointment for the free concert series Note al Museo will take place on Thursday, Nov. 22 at 9 pm. Christophe Coin will perform on his cello, in the Sala del Paradiso of the Museo dell’Opera del Duomo (Cathedral Museum).  The varied program offers music ranging from the 17th century to today. The recital will include Domenico Gabrielli’s Ricercarti, Bach’s Suites, 19th century violinist Alfredo Piatti’s reinterpretation of musical passages from operas and Sofia Gubaidulina’s Prèludes from 1974.

Coin is a French musician who has played his cello all over the world and has performed along key figures like Austrian conductor Nikolaus Harnoncourt and the Spanish conductor Jordi Savall. Coin founded the Quatuor Mosaïques, and is the director of the Baroques Ensemble of Limoges, and the chairman of the Baroque cello and viol music department at the Paris Conservatory.

The show is free to the public, but reservations are required and can be made in person by visiting the Centro Arte e Cultura dell’Opera di Santa Maria del Fiore in Piazza San Giovanni 7, or directly on the website. (beatrice paolucci)