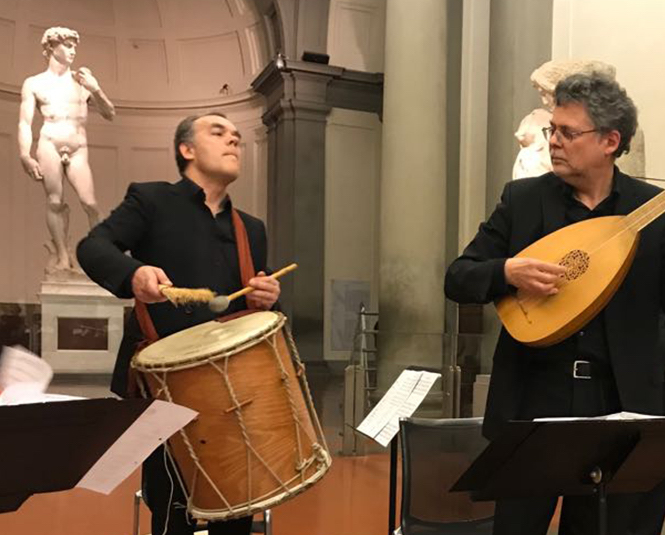 The public is invited to “Serata Fiorentina,” a complimentary evening of music composed between the 15th and 17th centuries hosted by the Academy Gallery (via Ricasoli 58/60) on Monday, December 10 at 7 pm.  Specialists in Renaissance music, the Capella de la Torre ensemble, led by oboe virtuosa Katharina Baeuml, will play period instruments such as the shawn (the oboe’s predecessor) and will sing as well, with Michelangelo’s David in the background.

The program is dedicated to “Water, Air, Fire and Earth,” which the earth was believed to be divided into: a theory advanced by Greek philosophers and held to be valid up to the era of modern science.  The concert will feature music that mirror the theme of the four elements.

Renowned for its ability, the Capella de la Torre, founded in Germany, has won numerous awards and its musicians considered the world’s foremost interpreters of Renaissance music.  (r.c.)