Accardo in a Special Performance with ORT 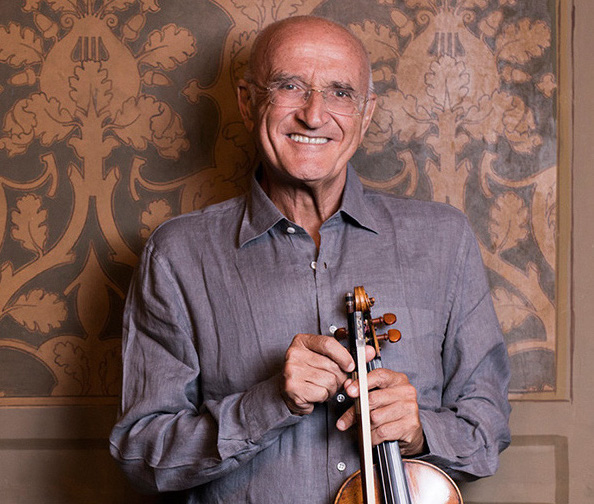 Renowned Italian violinist Salvatore Accardo will showcase his talent in an incredible musical production at Teatro Verdi in Florence on November 30, Pisa on December 1, and in Arezzo at the Pieve di Santa Maria on December 3. Performing both as a soloist and conductor of the Orchestra della Toscana, he will be presenting Ludwig van Beethoven’s Concerto 61, along with Schönberg’s Transfigured Night. Though a professional musician of 60 years, since 1958, Accardo has had music in his blood since the age of three, when he asked for a violin and taught himself to play by ear.

From performing in prestigious international orchestras, to his classroom in Siena where he inspires young talented students of music, Salvatore Accordo’s passion and talent has provided him an abundance of awards; the Abbiati prize for his amazing career, the prize “A Life for Music,” the highest Italian honor “Cavaliere di Gran Croce,” and many more. His outstanding musical expertise will create an experience that lovers of music will not want to miss.

Concerto 61, one of Beethoven’s most loved composition, was written in the autumn of 1806, in one of the happier moments of his life. Though for a time the concerto remained forgotten, it made a comeback in 1844 in a performance conducted by Mendelssohn in London. As Beethoven’s only composition for violin, it is a challenging solo piece, quite fitting for Accardo’s skill. Its rhythmic composure isn’t aimed at just amazing the listener, but captivating and involving them.

Schönberg’s “Verklärte Nacht,” Transfigured Night, inspired by the German symphonic poet Richard Dehmel, tells a story of romance and beautiful imagery of nature. One moonlit night a woman confesses to her lover that she married a man she did not love, and bore a child with him. She is filled with fear that her lover will abandon her, but instead he stays, and takes the child as his own. The beauty of the moonlight and nature around them, combined with their steadfast love, works like a magic that transforms her son into belonging to them both. Though it created quite a controversy in the 1890s, today audiences can fully appreciate it’s music with Salvatore Accardo’s masterful performance.