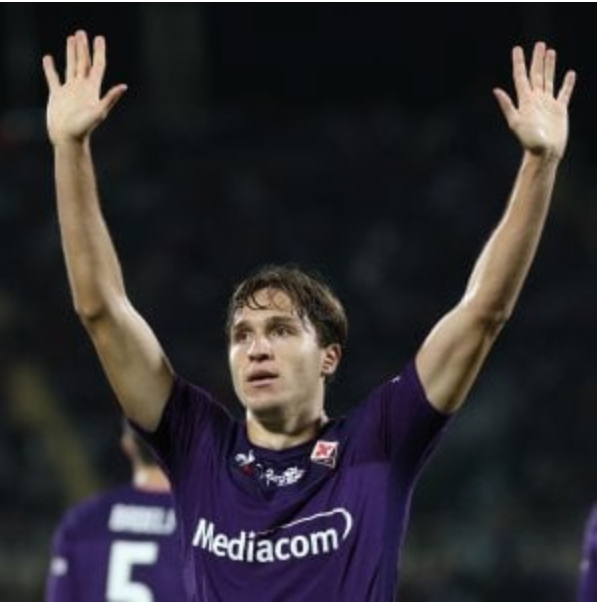 Things are starting to look up for fans of the ACF Fiorentina team. Last night, they were victorious on their own home turf at the Franchi Stadium against Sampdoria 2-1. Germán Pezzella heads in the first goal of the match, putting Fiorentina ahead 1-0 in the final minutes leading up to half time. Federico Chiesa kicks off the second half with a goal in just the 56 minutes of the game, giving Fiorentina the lead over Sampdoria. The game ended with Federico Bonazzoli’s goal for Samp in the last 15 minutes, bringing the final score to 2-1 in favore of Fiorentina.

The last time the team has won on their own home field was last December when they defeated Empoli 3-1. It has been a start of new beginnings for this team ever since Rocco Commisso became Fiorentina president, officially acquiring the team this past June 6 from its prior struggling leadership. Commisso commented, “No, we’re finished there for now” when asked about any more future plans to acquire or transfer players and established his goals are to look “…at different alternatives to see where we do a stadium. Whether it’s refurbishing the stadium or building a new one, a sport complex.” He concluded that his final mission is to “…stabilize the team…” and “…put a good product on the field.”

Fiorentina had signed new comer Franck Ribéry to the team this past spring on a free transfer, willingly taking a huge pay cut. Big things are looking up for him as he, Ribéry was once ranked as one the the best players in the world in The Guardian’s 2013 list; there were many people excited for the arrival of this new player but questions arose whether he would still be the star he was at his present age of 36. Well, all questions are soon to disappear if Ribéry keeps up his amazing September 25 performance out on the field. He had almost scored the third goal last night but it was saved by Emil Audero. Everyone is now looking forward to see his outstanding performances to come, in his new Fiorentina home.

According to Viola Channel, Commisso was proud to be at last night’s game for their first home victory.

“First of all, I want to congratulate the team for the three points and all the fans for standing by us throughout these five games, supporting us in the good and the bad moments. They’re phenomenal. Sensational. I love them. We’re all really happy with our fans.”

Locals will be looking forward to next Sunday’s 8:45 pm away game at the San Siro Stadium to see if they can be victorious against AC Milan. For now, it is the time to celebrate this win and hope for good matches from here on out that there will be smiles on the faces of all Fiorentina fans. (sandie ramirez)