Tourist Dies After Climbing the Duomo 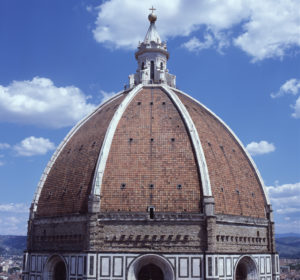 A 67-year-old American tourist died shortly after making the 463-step climb to the top of the Duomo on June 22.

The staff on duty immediately called for help after the man collapsed on the panoramic terrace on Brunelleschi’s Dome at 8:50 this morning. Because access to the top consists only of tight corridors, an aerial ladder from a fire truck had to bring the man down from the 91-meter height (298 ft.) so he could receive medical attention.

It wasn’t until around 11 am that an ambulance transported the man to a hospital in critical condition. The man was dead on arrival, according to reports from health sources.

Access to the dome was temporarily suspended while the rescue operation was underway, but the entrances are now open to the public.

The climb, which takes an average of 20-40 minutes, consists of steep, narrow stairs with no elevator access.

In a June 22 press release from the Opera of Santa Maria del Fiore, it was noted that the ascent to Brunelleschi’s Dome and Giotto’s Bell Tower is strongly discouraged for people with physical problems, in particular those with cardiovascular problems. (natasha sokoloff)