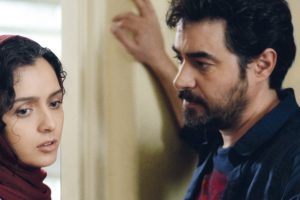 The Open Cinema Festival, known in Italian as the Apriti Cinema Festival, continues to offer free movie screenings in Florence this summer. The festival presents both Italian and international films in different types of genres including documentaries, independent and experimental films. This year, the festival will take place at the Uffizi Square from 27 June to August 7, every evening at 9:45 p.m. It will showcase a variety of international movies, all in their original language with subtitles available in Italian and for some cases, in English.

In its tenth year, the festival will connect several filmmakers and screenwriters all around the world. A selection of movies from different movie festivals will be displayed during the festival. The bulk of the program is consisted of newly released films. The concept of the festival is to see cool films with subtitles in one of the most historic outdoor venues in Florence and, all free of charge. The following movies will be shown accompanied by English subtitles.

Monday, June 27: The Treasures of Crimea

The Treasures of Crimea is a 2014 court drama movie directed by Oeke Hoogendijk. Following the annexation of Crimea by Russia in 2014, some pieces from Crimean museums become stateless. This has become a political issue between Russia and Ukraine to get the art collection with the Netherlands being the arbiter. The film was shown in Lo Schermo dell’Arte film festival.

The Tenant is a 2020 dramatic comedy directed by Sushrut Jain. In her movies, Sushrut Jain portrays everyday lives of people in India, focusing on the the conflicts of a young girl conflicts with the society in a patriarchal city suburb. The film was shown in 2021 River to River Florence Indian Film Festival.

A 2021 drama film by Monuia Akl, the movie premiered at the 2021 Venice International Festival. The plot revolves around the decision of a young couple to escape from the unrest of Beirut and starts to seek refuge in a house in the mountains. However, things don’t turn out as they hope for; a landfill is built next to their home. The couple finds themselves in a dilemma of whether to leave or not. The film was shown in the Middle East Now Festival.

All-In is a 2021 movie directed by Volcan Üce. It tells a story of two young boys starting to work at an all-inclusive hotel, leaving the rural life behind them. Stepping into a new life, the boys begin to develop an identity and question their place in ther new world. The film was shown in the Middle East Now Festival.

Glass Boy is a 2020 drama film directed by Samuele Rossi. A child suffers from hemophilia, a condition that affects the blood’s ability to clot, and he is forced to live in a safe place away from danger. He resists the idea of staying in his room and decides to go on an adventure, to live the life he wants.

Amira is a 2021 drama film directed by Mohamed Diab. A 17-year-old Palestinian girl gets devastated by the fact that the man she idealizes is not her biological father. The film was shown in the Middle East Now Festival.

A First Farewell is a 2018 experimental movie directed by Wang Lina. In Wang’s debut, a young boy named Isa experiences many goodbyes regarding love, family, and personal life. The film has been awarded in numerous festivals including the Tokyo 2018 and Berlin 2019. The film was shown in the Fán Huā Chinese film festival.

Tuesday, July 26: Feathers of a Father

Feathers of a Father is a 2021 drama film directed by Omar El Zohair. In her son’s birthday party, Rasha finds herself in a tragically absurd adventure happening in her home caused by a magic trick. The magician turns her dominating husband into a chicken and fails to bring him back. Now, Rasha is responsible for taking care of the family. The film won the Grand Jury Prize at the Cannes Film Festival, and was shown in the Middle East Now Festival.

Easy Living is a 2020 dramatic comedy directed by Orso Miyakawa and Peter Miyakawa. Encountering an immigrant changes the lives of a 14-year-old girl and a tennis teacher. They start thinking about how to help him cross the border.