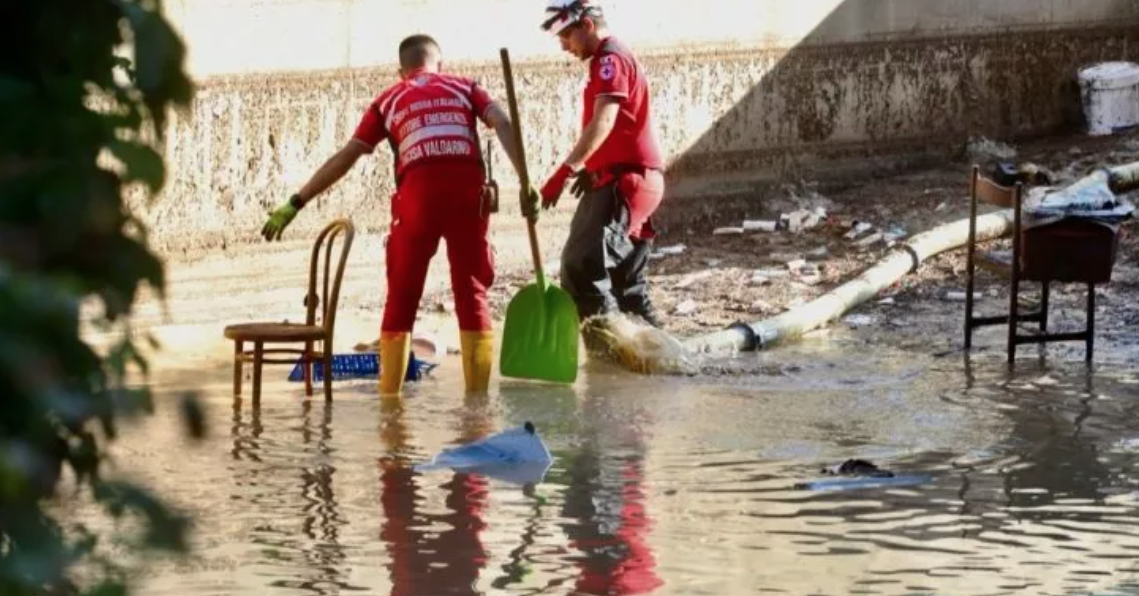 On the evening of Ferragosto, August 15, a severe storm arrived in Florence and nearby municipalities, causing damage and disruption over a few hours starting at 8 pm. Trees fell in Lungarno Ferrucci and viale Marco Polo while flooding was reported via dei Serragli and via Romana.

Throughout the night, 40 millimeters (1.5 inches) of rain fell. The violent storm particularly affected and caused damage in and around Grassina and Antella, where the Ema tributary overflowed its banks. Over 100 interventions were carried out by teams from the fire departments of Florence, Siena, Livorno, and Prato. Staff and volunteers of Tuscany’s civil protection agency intervened as the result of hundreds of phone calls. The storm also caused a temporary water shortage in Florentine Chianti area.

The average rainfall during the summer in Tuscany is usually 25 millimeters (one inch), while twice as much fell in two and a half hours on August 15.  (elif aytemiz)

See videos of the flooding and the cleanup.