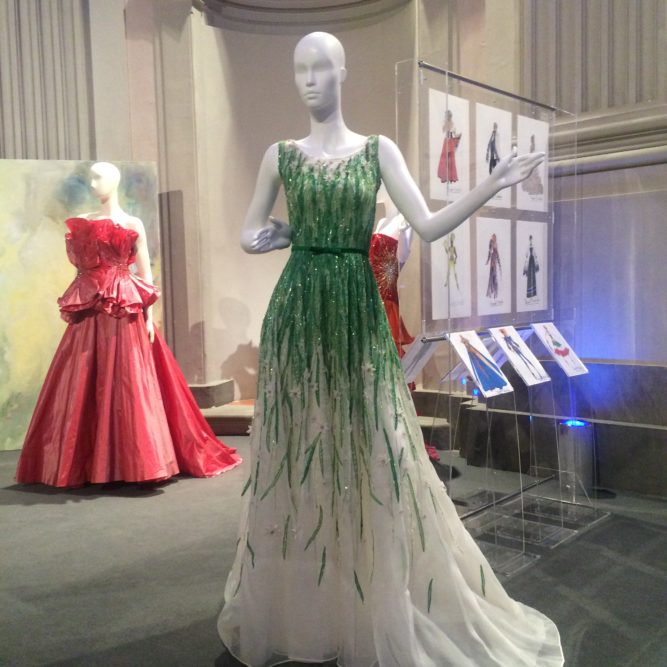 The Zeffirelli Foundation (piazza San Firenze 5) is currently hosting an exciting exhibition by famed Italian fashion designer Renato Balestra as a tribute to the fact that he debuted his first collection in the Sala Bianca of the Pitti Palace.

The Balestra show, called “Celebluation” in tribute to the stylist’s immediately recognizable use of signature blue in women’s evening wear, displays 300 sketches and garments through February 2 (open Tuesday to Sunday, 10 am – 6 pm, admission €10 which also grants admission to the Zeffirelli museum).  Considered globally a master of haute couture design, Balestra also created costumes for famous theatrical productions such as Rossini’s Cinderella, Strauss’s Knight of the Rose, Puccini’s Turandot, and many others.  “Celebluation” also comprises gorgeous dresses in vivid colors created by Balestra at the beginning of his career, when he was especially influenced by the the world of painting, and costumes he designed for Swan Lake, a production staged at the Belgrade Opera House.

The exhibition is set in the beautiful Sala della Musica (Music Room) of the Zeffirelli Foundation, distinguished by lovely original and tasteful Baroque architecture and a dizzyingly high ceiling.  There will be free entrance to both the exhibition and the foundation on Sunday, February 2 to residents of Florence and city’s metropolitan area with a photo I.D.  (rosanna cirigliano & celeste giampietro collins)