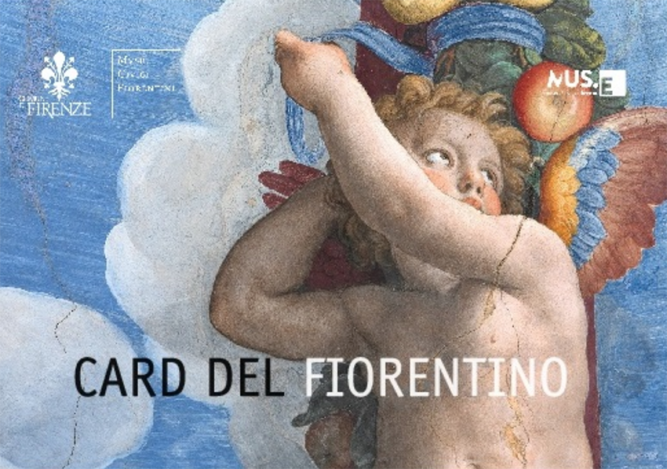 The Florence Civic Museum System introduces “Card del Fiorentino” for those living in the greater metropolitan area: only €10 a year for residents to access three guided tours and unlimited entrance to city museums.

October 1 marked the kickoff for the “Card del Fiorentino” that provides easy access to the city’s new civic museum pass for only €10 a year for Florence residents. This pass includes unlimited entrance to the civic museums, access to the municipality cultural sites and three reservation guided tours for 365 days valid from the time of purchase.

Palazzo Vecchio has been a special attraction among Florence’s civic museums, sitting right on top of the ruins of ancient theatre of the Roman Florentina settlement. Over the years, Palazzo Vecchio has undergone numerous modifications, most notably in 1540 when Cosimo I moved his wife, children and retinue there from Palazzo Medici. As grand duke, he felt his court should be located nowhere else but the political heart of Florence—although only 10 years later he and his family decided to live in the even larger Pitti Palace. This pass provides access to visit Palazzo Vecchio and see the Medici influence that is noticed throughout the building and tower, most notably in its art and architecture.

Other civic museums that are popular and can be visited cheaply with this card include the Brancacci Chapel. The Brancacci represents a cornerstone in Italian Renaissance art thanks to the Masaccio, Masolino and Filippo Lippi frescoes depicting episodes from the Life of St. Peter; and the Salvatore Romano Foundation of Medieval Art in piazza Santo Spirito.

To purchase this pass online, visit the institutional website of the Civic Museums. Once acquired, the card must be activated no later than six months from purchase from the Novecento museum, Cappella Brancacci, or the Palazzo museum offices. This pass can also be purchased at these ticket offices with a valid identity document. If the passholder does not activate the card within six months of the purchase, there will be no refund.

This card is not transferable and must be used with a valid identification in order to access the museums. There is no refund on the card and it can’t be duplicated if it is lost or damaged.  (sandie ramirez)