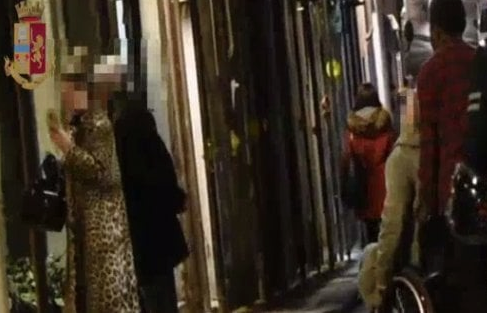 A scam of monumental proportions resulted in the arrest of a 55-year-old man who had been pretending to be disabled for years. The man claimed to have been injured in a car crash in 2007 and has been a fraudulent paraplegic ever since. He deceived countless public officials, including his doctors, the government, and even the Pope, in order to receive a disability pension. He is facing charges of fraud.

The man apparently lived a double life, living both in Florence with a caregiver and outside of the city where, because his identity was unknown, he walked around with no difficulty.

In April 2015, the Pope was so moved by his story he publicly greeted the crippled man at the end of a mass in Santa Marta, kissing his hand and affectionately embracing him.

The man went to incredible lengths to validate his injury, fooling medical professionals and those who had to certify his injury to no end. He underwent multiple hospitalizations at private and public medical care institutions during this time; his stays are now under investigation and are held to have negatively affected the national healthcare system by wasting thousands of dollars on unnecessary medical costs.

He was arrested at Florence’s Peretola airport upon landing from vacation without his wheelchair. The man also walked, anonymously, inside the airport despite a handicap car awaiting his arrival outside.

A thorough investigation is under way to dismantle this hoax which damaged the Tuscan health care system both financially and morally. (kelsey lentz)