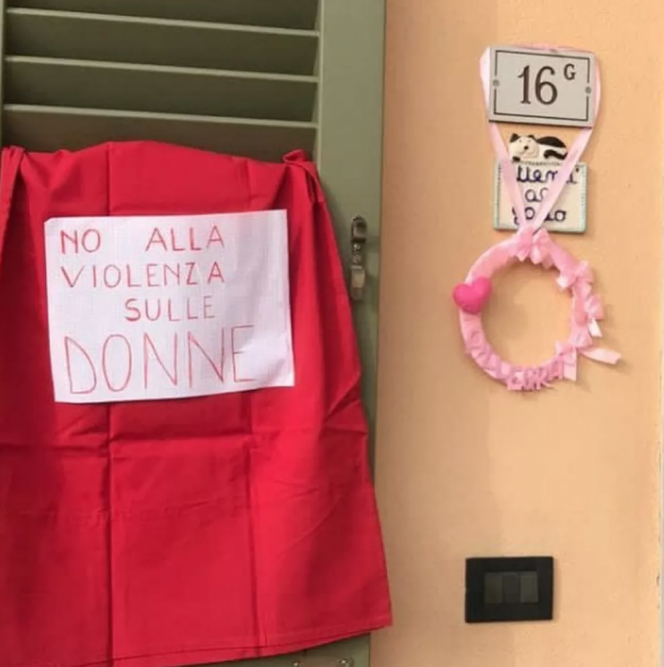 The International Day for the Elimination of Violence Against Women, November 25, is in its 21st annual year, after an official recognition by the United Nations General Assembly in 1999. The day raises awareness for gender based violence and gender inequality. In typical years, Florence offers several events in solidarity with the movement: street art depictions, flash mobs, art exhibitions, and more. However, due to the COVID-19 pandemic, efforts will look much different this year, but the city is still committed and involved with various organizations to help women get the help they need, according to Benedetta Albanese, the city councilor for equal opportunities.

The Florence chapter of the CGIL trade union is asking for willing participants to drape a red cloth from their windows and balconies until November 29, in any form from t-shirts, to flags or even scarves to express solidarity and let victims of abuse know they are never alone. In addition, a video will be created with photos of various delegates, trade unionists, and members with placards saying how they denounce violence against women. Also coming November 25 is the release of Portaledonna, an online platform within “Portalegiovani,” dedicated to women who need information about all the services available to them, local anti-domestic violence centers, relevant news on gender issues, and more.

It is critical to continue raising awareness for the cause especially given the current circumstances. Increasingly widespread, women around the world experience all kinds of harassment, assault, and abuse. From within their own homes to their workplaces, there is no limit on where these incidents can take place. But due to lockdowns, work closures, and restrictions, there is a heightened level of stress, and many women have found themselves forced to return to homes not always safe for them and situations without a way out. Even in a health emergency, “violence, physical or psychological, does not stop and not even our denunciation should stop,” says CGIL Florence trade union general secretary, Paola Galgani.

In a phenomenon that cannot always be physically seen, it is even harder to fight as it is not always reported. Professionals fear women are even more silenced with fear now due to potential repercussions by their perpetrators. Telefona Rosa, the Rome-based association that runs the national anti-domestic violence helpline (1522), reported that there was almost a 50% drop during the first two weeks of this year’s lockdown compared to the same period last year. Between January and October, only 900 women called for help from the Artemesia Anti-Violence Center, once of the first centers of the kind in Florence, which is a little less than their numbers from prior years. But once the lockdown ended, there was a surge in calls to the network of centers.

Other ways Florence is working to end violence against women is from the recently implemented anti-crime and gender violence department of the police and prefecture, specifically committed to investigating crimes and enforcing measures to prevent situations involving domestic and sexual abuse, and social media stalking. In the first 10 months of 2020 the municipal police treated 12 cases, carried out 2 precautionary measures, made 27 judicial police records, as well as 25 information reports to other police forces and activated 15 contacts with social services and associations that operate within the city. “There is still a lot more work to be done,” adds Albanese. (cathy doherty)