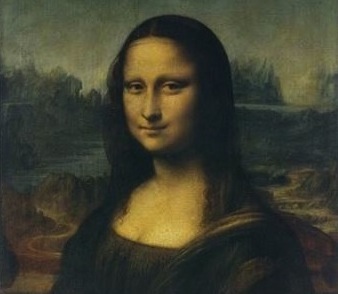 As the second lecture of a three-part lecture series held at CEA Study Center (third floor of Piazza della Repubblica, 6), Elisabetta Gnignera will present: Under the Veils of the Mona Lisa: Undressing a Portrait and an Allegory, the joint findings of her and Pascal Cotte tonight, Oct. 2 at 6 pm.

Cotte, in 2012, discovered after 10 years of research, a second Mona Lisa hidden under the surface of Mona Lisa. With a special camera he invented, Cotte revealed the various layers which Leonardo Da Vinci painted. After his discovery, Cotte sought out Gnignera, a specialist in history of Italian hairstyles and costume and professor, to analyze the woman in Leonardo’s painting. Gnignera confirmed, through the visual appearance of the subject, that the female in the painting is a Florentine woman of the early sixteenth century.

Tonight, Gnignera will explain why her discoveries have led her to conclude that Da Vinci did in fact paint Lisa Gherardini, wife of a wealthy silk merchant and the symbolic meaning of the woman’s clothing in the work. The portrait is believed to have been commissioned by Gherardini’s husband, Francesco del Giocondo. The mystery of who the actual woman was has been apparent since the early 1500s, and valued at $800 million in 2017, is seem about time we find out who she actually was  (beatrice paoletti)