Fire near the Odeon & Palazzo Strozzi 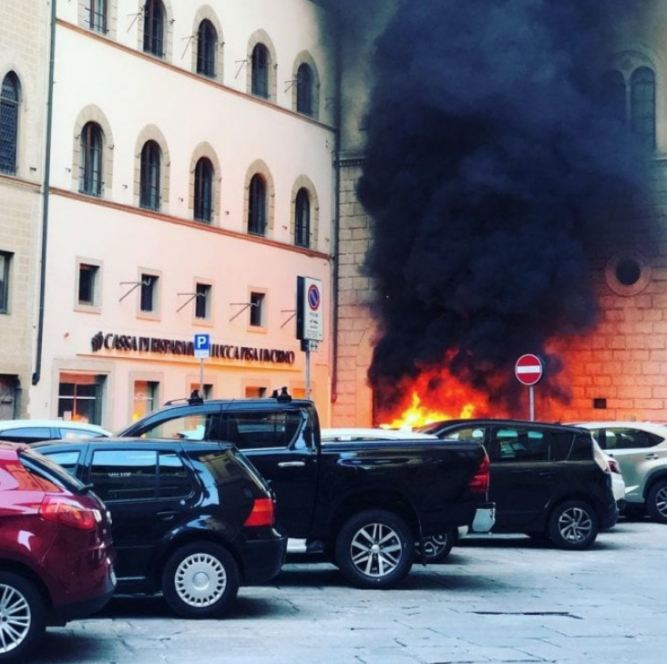 Flames engulfed piazza Davanzati on the evening of September 27, destroying 10 mopeds while damaging a car and the external wall of the Yab disco and the Cinema Odeon.  The smoke was visible throughout downtown Florence.

Firemen had to knock down a door to put out the fire, which was arriving in the immediate vicinity of gas and electric meters.  The deed is believed to be arson.  Witnesses said that a member of group of teenagers detached the gas fuel line of a moped and dropped a lighted match.  The proprietor of a restaurant in piazza Davanzati had just asked the group to leave in a loud manner.  He justified his hollering, citing the fact on previous occasions the teenagers had thrown glass bottles at the front door of the disco, broken flower pots and set fire to tables in the square.