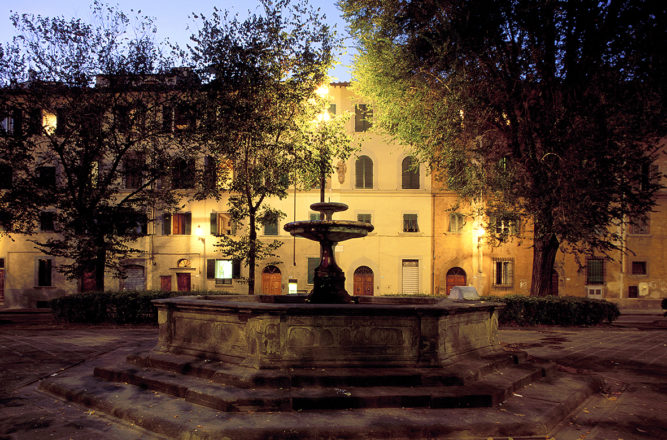 The month of June has ushered in the 2019 edition of Estate Fiorentina, Florence’s largest cultural festival featuring six months of live concerts, art exhibitions, and other cultural events. This year’s offerings promise to be extremely exciting, with several new spaces throughout the city and a total of 143 events.

Firenze dall’Alto is a set of music performances that will be held on balconies and rooftop venues such as the Ospedale degli Innocenti. Secret Florence lives up to its name with an innovative series of musical performances through the city where the locations for some performances will not be disclosed until a reservation is made. Musica sui sagrati is a series of concerts by Toscana Classica on church steps throughout Florence. The Firenze Jazz Festival is a showcase for the smooth tones of jazz courtesy of the Centro Spettacolo Network.

The festival isn’t only music concerts. In the Grand Cloister of Santa Maria Novella, the Florence Dance Festival will provide a set of performances by local and international dance companies. MusArt Festival has organized several concerts in piazza Santissima Annunziata. The Controradio station will put on shows on the themes of music, art, and literature at Genius Loci in Santa Croce. Apriti Cinema! is an international film festival where the movies will be shown in the courtyard of the Uffizi.

Other happenings are the Festival delle Donne, the Florence Folk Festival, the Città dei Lettori, Decibel Open Air 2019, and the Festival Internazionale della Poesia (International Poetry Festival). The schedule also comprises concerts at Teatro del Maggio. Other initiatives may be announced at a later date.

Estate Fiorentina is proud to put on events in both central and suburban areas of Florence, allowing its offerings to be enjoyed by the city’s many residents and visitors. The heart of the festival will reside in and around Parco delle Cascine, including Palazzina dell’Indiano, the Amphitheater, the Quercione meadow, and, for the first time, the repurposed Fabbri stables in PARC, Fabbrica Europa’s research center for the performing arts.

The Visarno will be home to some international music concerts with several big name bands. Imagine Dragons’ concert will comprise a setlist that spans their whole career. The Firenze Rocks festival has new and old superstars on their schedule with names such as Ed Sheeran, Snow Patrol and the Cure featured on their bill.

Forte Belvedere will host two new art exhibitions in collaboration with the Novecento Museum of 20th Century Art. Photographer Massimo Listri is famous the world over for his innovative photography; his works are primarily landscapes and architecture. Sculptor Davide Rivalta is best known for his hyper-realistic bronze sculptures of animals. Rivalta’s inclusion in the show demonstrates a cultural link that pervades the city as one of his sculptures decorates the Teatro del Maggio. The venue has become a cultural center over the past few years, welcoming over 600,000 visitors for exhibits of such artists as Giuseppe Penone, Antony Gormley, and Jan Fabre.  The summer 2019 show will be curated by Saretto Cincinelli and Sergio Risaliti, who also serves as creative director.

New venues are also opening for the season.  Anconella, located on the outskirts of Florence, will welcome visitors this summer with a series of evening concerts, plays, and other events. The park will be accessible from day to night; a small restaurant inside is open from 4 pm to late evening with a vast menu that comprises offerings from cappuccini to hamburgers.

More information can be found at estatefiorentina.it. (katy sparks)

June 9 – 16: Secret Florence takes the guest on an itinerary of less-frequented city venues featuring events in conjunction with Pitti Uomo

June through August: Firenze dall’Alto: six musical events on some of the most beautiful terraces of Florence, including terrace from museum of the Innocents & walkway of Palazzo Vecchio