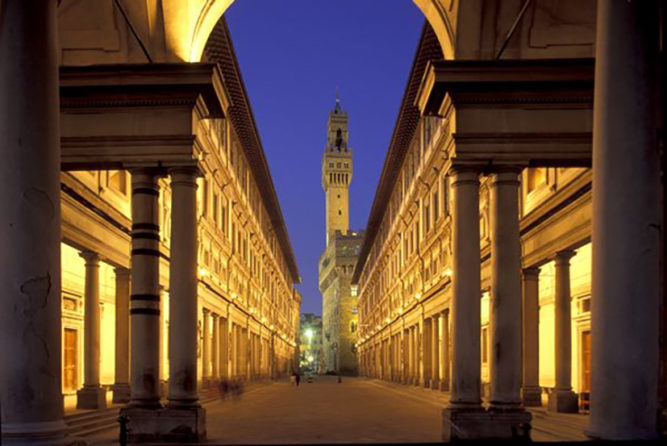 History is said to be alive in Italy, but sometimes it can feel a little too alive. If one steps out of the Tuscan sun and into the shadows, there is plenty of darkness to be experienced and, if one is unlucky, felt.  For those seeking the darker side with a dash of adrenaline, Florence offers haunted haunts and ghost lore waiting to be discovered.

The Medici family is integral to the history of Florence, known for their pioneering in the banking industry and influence on art. Lesser known is the famous family’s connection to the paranormal, contributing to Florence’s haunted haunts.

One connection to the Medici is the well-known Pazzi Conspiracy. This gory attempt to overthrow the Medici family did not end well for the conspirators, and their spirits are said to frequent Piazza Signoria, watching over the crowds and dampening the mood with their eerie presence.

The conspiracy, led by the Pazzi family, culminated in the attempted assassination of the Medici brothers. Giuliano de Medici was killed, but Lorenzo made it out alive from the Florence Cathedral, where the attack took place. The conspirators also tried to gain control of the government, but the people of Florence sided with the Medici.

Those involved in the scheme were hunted down and brutally tortured and killed. Several were hung out the windows of the Palazzo Vecchio, as a warning to not mess with the Medici. Their spirits, along with the ghost of friar Girolamo Savonarola, who was hung then burned in the square, are said to be the cause of the reported ghostly sightings in Palazzo Vecchio.

Palazzo Vecchio is home to the ghost of another victim, who is still awaiting his revenge. Piero Bruni Baldo, also known as Baldaccio of Anghiari, was a mercenary who was married to a woman named Annalena. While her husband was engaged in defeating the enemies of Florence at the famed battle of Anghiari (1441), Annalena, ensconced in her home in via Santa Maria, was resisting advances by her husband’s friend, Bartolommeo Orlandini.  Upon his return to Florence, Baldaccio was called to Palazzo della Signoria (now Palazzo Vecchio) and treacherously murdered.  His ghost is said to wander around the Palazzo to this day, biding his time until he can get even with the man who tried to steal his wife, and eventually stole his life.

Those in looking for something a little less intense (but still ghost-related) should stand outside Santa Maria Maggiore, located near via Cerretani. On the north side of the church, high up, one can see a small stone head peering out.  This face is said to represent a person who saw a man condemned for witchcraft dragged down the street, calling for water, and advised the executioners not to help him. The man, angered by this, allegedly cursed the person, trapping the perpetrator in the wall forever.

In Piazza Santissima Annunziata, one of the windows of Palazzo Grifoni is never closed.  A former resident of this apartment sat by the window waiting for her lover to return from war. Years turned to decades, and she still waited by the window. When she died, the window was finally shut, but the house reportedly began to shake and screams could be heard.  The new tenants placated her spirit by reopening the window so she could always look outside.

Sometimes simply seeing these haunted places doesn’t satiate an appetite for the paranormal. People searching for something a bit risker and intense can stay in one of the world’s most haunted hotels right in the heart of Florence.  The Burchianti is supposedly the site of countless accounts of haunted experiences. Besides being the hotel Mussolini stayed at during his visit, guests have told tales of spirit encounters, from the benevolent to the more menacing.

A pink ghost is believed to haunt the premises, along with the ghost of a little girl giggling in the halls. Some have seen a former maid who floats through rooms, or an elderly woman phantom knitting in the corners of the hotel.

These spirits are generally said to leave people alone, but not all guests are so lucky. People have told stories of beds moving under the weight of a ghost’s presence, leaving indentations in the sheets. Some have recounted instances where they woke up to immense pressure on their chest to the point where they could not breathe.

No one can definitely say if these stories are fact or fiction, but those unsure can visit the haunted places themselves. Nothing should be quickly dismissed: what can be found in dark corners can be surprising.  (annikka oelhafen & rafael oronzo)