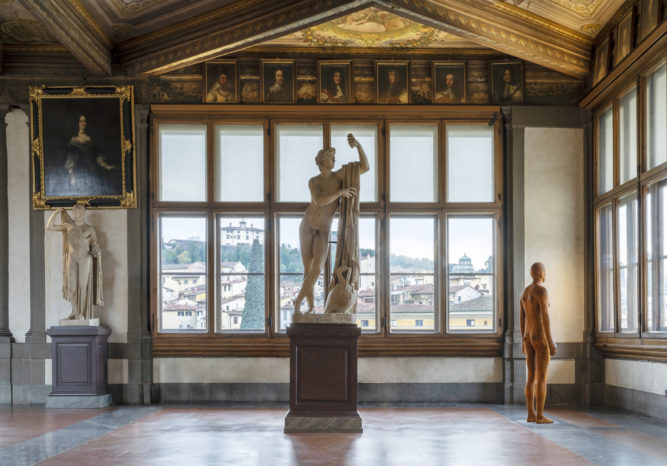 At the end of this article is a complete schedule of October dates when no-cost access to Florence’s state run-museums.  As decreed by former Minister of Culture Alberto Bonisoli, the 2019 agenda has substituted the former first Sunday free museum day.  Tourists who happen to be in town on those days are sure to be pleasantly surprised, which may have been a consideration given the long lines on the former well-established and easy-to-remember first Sundays.

As of 2019, the Bargello museum group consists of the Bargello, the Medici Chapels, the Orsanmichele, the Palazzo Davanzati Renaissance Home Museum, and the Martelli Historical House.  The newish Uffizi Galleries complex comprises the Uffizi, the Pitti Palace museums and the Boboli Gardens.

In Florence, EU residents, including Italians, are exempted from paying entrance fees on Mondays at city-run museums, which are Palazzo Vecchio, the Brancacci Chapel, the Bardini Museum, the Novecento Museum of 20th Century Art as well as the Salvatore Romano Antiquities Foundation, until the end of 2019. (katy rose sparks)