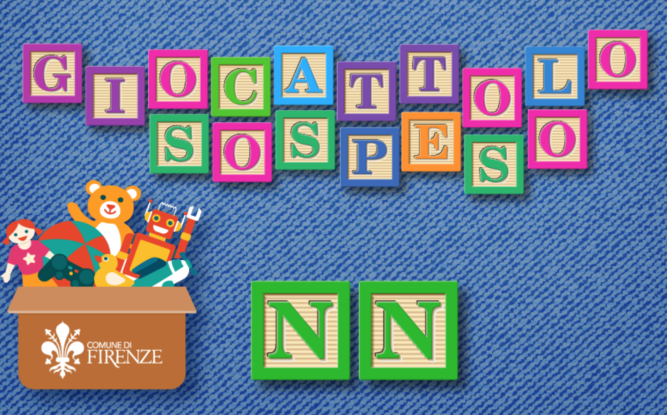 In a holiday season filled with gift giving, the toy stores of Florence want to provide a drop-off point for those wishing to help children of economically distressed families. The “Sospeso” Toy Project brings an opportunity for people in the city to donate gifts that they wish to give to the less fortunate, named after caffè sospeso tradition in Naples which involves paying for someone else’s coffee when they cannot buy one themselves.

Throughout the Municipality of Florence, a logo will identify which location is participating in this program, which can also be found by checking the map on the City of Florence web page. These locations include those in downtown Florence, such as Dreoni Giocattoli on Via Cavour 31/R, Città del Sole on Via dello Studio 23R, Pinocchio Store Firenze on Via Guicciardini 6R and Fate più Balocchi on Viale Petrarca, 96R, along with 14 other locations throughout the city, including Le Cure, Bagno a Ripoli, Isolotto, Galluzzo and other neighborhoods.

When entering a shop, a visitor can leave a toy or Christmas present suitable for a child, wrapped or unwrapped, with the proprietor.  The gift will be collected by volunteers from the Solidarity Networks of the Neighborhoods of the Municipality of Florence, who will deliver it to a family in need. (nelson matos)