Heart Attack in Front of ‘Birth of Venus’ 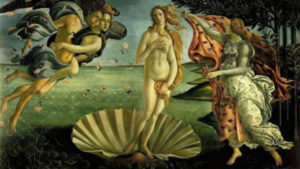 A tourist lost consciousness in the Uffizi, not from the ‘Stendhal syndrome’ (a physical reaction which includes fainting known to happen when a person is overcome by emotion when face to face with artistic masterpieces, first recorded by the French writer Stendhal in 1817 when visiting Santa Croce) because of a heart attack.

The visitor, a 70-year-old who is retired, was admiring Botticelli’s “Birth of Venus’ together with members of his family when he fainted, falling on the floor.  His life was saved by four doctors from Rome, who were also touring the Uffizi; they used the defibrillator fortunately present in the Botticelli room.  The patient was transferred to Careggi hospital, where the those on duty in the emergency room declared him out of danger.  At the moment, he is recuperating at the hospital.

Uffizi director Eike Schmidt commented, “this is not the first time that people have become ill in the Uffizi — it happens, especially in front of major works such as those by Botticelli and Caravaggio’s “Medusa.”