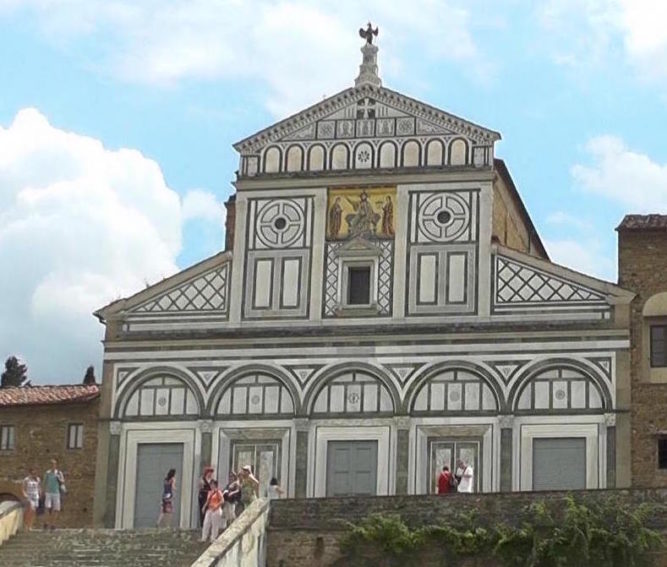 While a wide variety of religious groups exemplify the diversity of Florence, this fact can also contribute to city’s cohesiveness, as seen in the interfaith walk also open to the public on Sunday, February 3 starting from San Miniato al Monte at 2 pm.

The event is part of World Interfaith Harmony Week from February 1 – 14, organized by the United Nations. Along with local residents, members from 20 of Florence’s religious and spiritual groups will come together, get to know each other and walk together through the city in celebration of harmony and peace regardless of their different faiths.

They will stop at various places of worship and venues connected to their religions including: the Martin Luther garden of the German Lutheran Church on Lungarno Torrigiani; Ponte alle Grazie, above the Arno (which as a river is sacred to the Hindus); the Catholic basilica of Santa Croce; the Synagogue; Piazza dei Ciompi where the Muslims worship; the Badia Fiorentina and finally, Piazza della Signoria, a place where all Florentines feel connected to.

Additionally, representatives of each religious community will speak at a symbolic place that is not affiliated with their faith. The Buddhists will speak at the Lutheran garden, the Rabbi at Santa Croce, Hindus at the synagogue, Native Americans at Piazza dei Ciompi, the Jews at Santa Croce, the young Muslim group at San Miniato, the Unitarians and Christian Scientists at the Badia Fiorentina while a Catholic priest will speak at Piazza Signoria.

The aim of the event is to demonstrate the need to set aside differences in order to find common ground that is within all religions. It will also foster dialogue and openness among all participants including local residents who are welcome to join. (kelsey lentz)