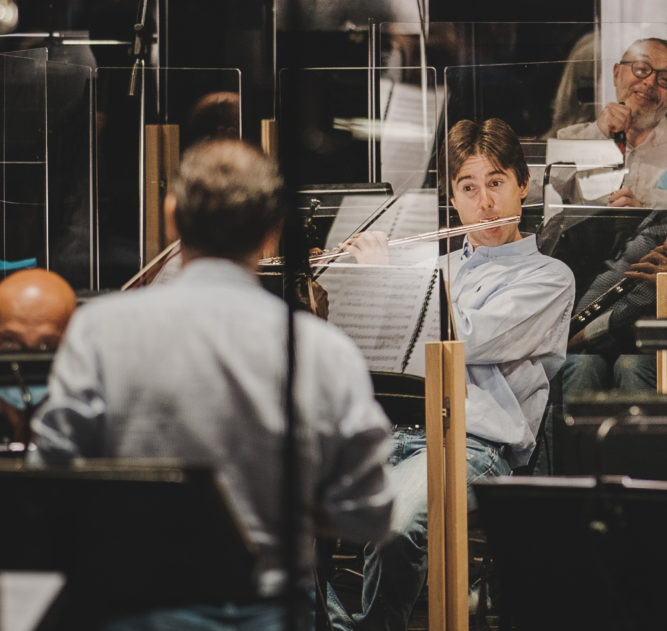 The Teatro del Maggio Musicale Fiorentino (MMF) will open its virtual doors on Sunday, June 9 at 8 pm for its first live performance in streaming after three months of lockdown due to the Covid-19 pandemic. The Maggio Musicale orchestra will take the stage using safety precautions, including one person per music stand with one meter (3.2 ft.) separation and plexiglass barriers for the wind and brass instruments. The concert program offers overtures and arias by Giuseppe Verdi with selections from the following operas:  La forza del destino, Il trovatore, Simon Boccanegra, La traviata, Macbeth, Nabucco, Luisa Miller, I vespri siciliani  I Lombardi alla I Crociata and Un ballo in maschera, and will finish with a surprise encore. The tenor, Francesco Meli joins the orchestra as soloist. Born in Genoa in 1980, Meli is one of the most sought-after tenors of his generation.

Marco Armilliato will conduct the event which will be streamed on the IDAGO Global Concert Hall platform and available all over the world. Following the performance, the audience can join the artists in the Virtual Green Room for a 20-minute question and answer session. This event will be followed by a series of concerts by the MMF in June and July to be streamed on the same platform conducted by Zubin Mehta and Daniele Gatti. Tickets will cost €9,90 to provide both live streaming in addition to 24-hour access to the concert and can be purchased by visiting this website.    (anne lokken)