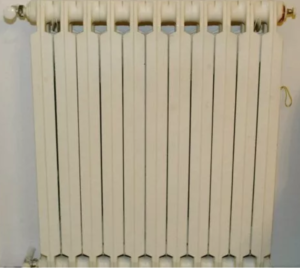 The Minister of Ecological Transition has recently signed a decree that is limiting the hours of heating operation for all of Italy. The new measure states that one hour less per day will be the new norm.  Additionally, the period when radiators can legally function has been shortened by a full 15 days. The aim is to save an estimated 2.7 billion cubic meters of natural gas.

Prior to 2022, heating was turned on earlier and turned off later. The times that heating systems will be allowed to be put into use during later fall and the winter season will now be delayed by about a week, ending a week early. There is also a small reduction of the allowed temperature by one degree from 18°C (64°F) to 17°C (62°F), with the clear-cut regulations to turn heating on for only a few hours at a time. These measures were proposed and signed in order to reduce Italy’s natural gas consumption in light of the energy crisis triggered by the Russian-Ukraine war.

The new law divides Italy into zones A through F, and each zone has different hours and dates to compensate for the weather conditions in each. Zone F, for example, is in the Italian Alps, or Dolomites, where there are no limitations. On the other end of the spectrum is Sicily, where heating can be used for no more than seven hours a day between December 8 and March 23. Florence and Tuscany are situated in Zone D, which allows for a maximum of 11 hours a day (down from 12), starting on November 8 and ending on April 7.

There are exceptions and some flexibility, of course. In the extenuating circumstances of extreme weather fluctuations or severe climatic conditions, the municipal authorities do have the authority to allow heating before or after the current schedule.

Some other exemptions include kindergartens and other places of care like retirement and assisted living homes, as well as swimming pools and saunas, factories, industrial complexes and artisan workshops.. Buildings that already use reusable energy are also completely exempt.

Passed into law, the measure is expected to save the average family unit €179 in heating bills.  (Isabella Azzaro)