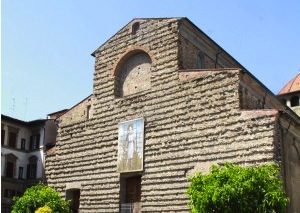 Listen to the beautiful voices of St. Mark’s choir, the Russian Orthodox choir, and other musical vocalists from various churches around Florence as they come together on June 30 at the Basilica of San Lorenzo to perform Firenze Canta Rachmaninov, Op.37.

This free concert, which starts at 9:15 pm, is a rendition of Rachmaninoff’s acclaimed work All-Night Vigil, also known as Vespers, which will be performed as an interfaith celebration.  The program will open with an introit, the first prayer of Mass which is usually sung or spoken. Preceding this will be an official welcome presented by the hosts and the chaplain of St. Mark’s church, the first in Italian and the second in English. After the performance, a joint blessing will carried out by the clergy to close the event.

Born in 1873, Sergei Rachmaninoff completed many works in his lifetime and among them, All-Night Vigil is considered to be one of his best pieces. This a capella composition is composed of texts taken from the Russian Orthodox All Night vigil ceremony, which he created in 1915.

The Basilica of San Lorenzo is one of the oldest churches in the city and is located in Piazza San Lorenzo. With its Renaissance style architecture, it makes for a evocative place to hear the choirs perform. (sierra case)