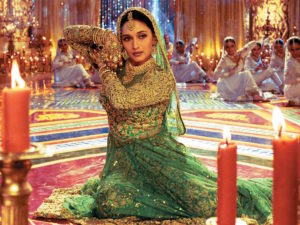 The River to River festival has an exciting program this year showcasing 34 films many of which are debuting for the first time in Europe. The 22nd edition of the festival explores Indian relationships, identity, and love. Founded in 2001 in Florence the festival is the first festival in the world – outside of India – completely devoted to film from and about Indian culture. River to River name refers to the flowing of cultures, ideas, and cinema. Since it was started in Florence these rivers refer to the Ganges River in India and the Arno River.

This year’s edition comprises feature length films and short films, a photography exhibition, a performance to celebrate Pasolini and his relationship with India, a fashion show, a video art screening, a cooking class, and a web miniseries.

A fashion show entitled “The River and Green Fashion” will inaugurate the festival on December 6. The sustainable brand “I was a Sari” will work in collaboration with Oxfam Italia and students of the Accademia Italiana to create 18 outfits from discarded saris which will be presented at the opening ceremony at Cinema La Compagnia at 8:30 pm and also at the Accademia Italiana at 6 pm (Piazza Pitti 15, reservation necessary).

The opening film will be “Godavari” by Nikhil Mahajan who will also be in attendance as well as actor Jitendra Joshi. The movie is about a family that tries to cope with two deaths: one expected and one they for which were not prepared.

The closing film is “Almost Pyaar” by Anurag Kashyap which is his latest work. This film is set in London and about two unrequited love stories that are burdened by social status, caste, religion, and inequality. Director Anurag Kashyap and actor Karan Mehta will also be in attendance. Kashyap is one of the most influential Indian directors of the 21st century.

Other film screenings will follow such as 2002 Blockbuster Devdas by Sanjay Leela Bhansali, Italian neo-realistic inspired Do Bigha Zamin by Bimal Roy, and #Homecoming by Soumyajit Majumdar.

A tribute to Pier Paolo Pasolini and his relationship with India will be on December 11 at 11 am at La Compagnia. This literary event is in collaboration with La Città dei Lettori. The Murmuris theater company will perform alongside readings by Pasolini which include “The Smell of India” and “Corsair Writings.” This is followed by a matinée of “Notes for a Film about India” a work in which Pasolini documents the city of Mumbai, its suburbs, and its inhabitants.

As well as all films being screened in theaters and online there will also be an additional mini web series. Six episodes of “Modern Love Mumbai” will be shown online on December 8, 10, and 11 at 6 pm. The series is set in the Indian megalopolis and explores the many forms of human connection from love to platonic relationships and from affection to attraction.

A display of photos entitled “Mannequin” is making its debut in Italy, inaugurating on December 6 at 6 pm in the Fsmgallery (via San Zanobi 19/r. Free admission. Reservations needed: segreteria@studiomarangoni.it). Created by Calcutta-based artist and curator Arko Datto, the show will be open to the public from 10 am to 3 pm until January 31. “Mannequin” is a photographic exploration into the Indian night. His work has been published in TIME, National Geographic, The New Yorker, and NEWSWEEK. He has exhibited his work worldwide and is endorsed by the Pulitzer Center and the National Geographic Society. He is undoubtedly one of the most innovative voices from contemporary India.

Three video art works from the Kochi-Muziris Biennale will also be screened exclusively in Italy at La Compagnia. The prestigious Kochi-Muziris Biennale is the largest art exhibition in India and the largest contemporary art festival in Asia. The cinema will screen “The Distance from Here,” “An Unforeseen Situation,” and “The Song” on December 9 at 7 pm. These works are by Pakistani artist Bani Abidi. Through video art Abidi investigates the theme of nationalism especially in relation to the ongoing Indo-Pakistani conflict and how this is represented in the media. She also explores and reflects on daily life.

For food lovers there will also be an Indian cooking course at CESCOT (Piazza Pier Vettori, 10. info: 055 2705306 / g.beni@cescot.fi.) on December 7 at 6 pm while those who stay at the cinema can find Indian dishes served by the Royal India restaurant at La Compagnia’s bar. (Michele Tambasco)