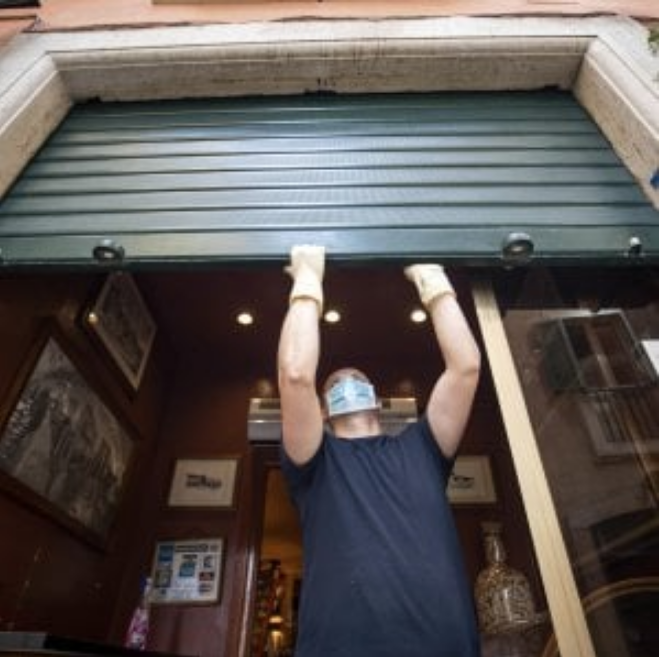 As the catering sector of Florence continues to struggle through the effects of the pandemic, The Florence City Council is offering some reprieve in the form of tax cuts.

Restaurants and other businesses will be exempt for 10 months from paying city taxes for setting up tables on public sidewalks, allowing more space for restaurants to socially distance clients. There will also be a 25% reduction on the CIMP, an installation feed for media advertising, as well as a reduction in waste tax (TARI).

The cuts, worth about 7 million euros, are a necessary step in the recovery of the catering sector that has been devastated over the past few months by high rents, economic decline, and uncertainty.

On August 22, a 44-year old restaurateur took his own life in the Santa Croce neighborhood— a testament to the sector’s hardship, and a breaking point for many.

“There was talk of a new closure, of a new lockdown, that’s what made people fragile, my brother fragile,” said Marco Vanni on an Italia 7 TV program about his brother Luca, who ended his life in his restaurant on via Verdi.

“We feel abandoned by the institutions,” explained Pasquale Naccari, the spokesman for Restaurateurs Toscana. On August 31, the organization organized a sit-in to remember the lost colleague and criticize the lack of aid for the catering sector.

“Until now, no one has listened to us and no one has done anything,” said Naccari. “For this reason we have decided to organize this moment which will be the first of many other initiatives to raise awareness of public opinion. We will go on and continue to make our voices heard until we are heard.” Protesters gathered outside of the regional presidency building, holding up signs that demonstrated they stand with Marco Vanni and blamed the lack of political action for his death.

Though Italy has slowly lifted its restrictions since May, restaurateurs across Florence are still feeling the pandemic’s effects as there are few tourists to venture into their establishments. According to the Florence Convention Bureau, there were 70% fewer foreigners in Florence in August.

“I am afraid of going bankrupt and becoming a burden for my sons,” said Bucchi,” who noted that business was down by 85%.

In many cases, tourism is the key to affording the high rents that come with maintaining a business in the Renaissance city. During the lockdown, renters could come to an agreement with landlords to temporarily reduce the amount of rent, but plans has not been as successful as expected. According to a study performed by the Restaurateurs Tuscany group, which carried out a survey among its 15,000 members throughout the region, 70% of restaurateurs were not granted any discount on rent by their landlords.

For Federico Gianni, Florence’s budget councilor, the “unprecedented tax cut” is meant to support those who have been working hard as Italy recovers economically from the pandemic. “We are close to those who have suffered and for this, while we work to approve the maneuver to balance the budget, at the same time we are reducing the tax burden on restaurants, bars, pastry shops, taxis, hotels, street traders, categories that have suffered the crisis and to which we cut the tax on public property.”  (victoria caruso)