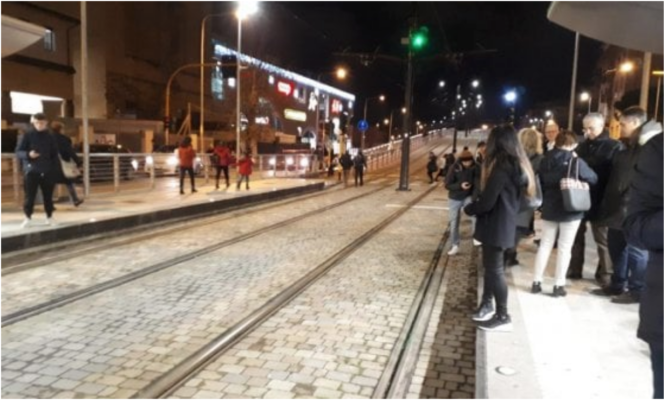 A tram accident on the T2 line resulted in the hospitalization of a 27-year-old woman on the evening of December 17, causing the temporary closure of via di Novoli.  The accident also created a massive traffic jam, as cars were detoured to via Carissimi.

The tram, which was arriving at the Novoli Regione stop from Piazza dell’Unità was slowing down when the woman, who was standing on the edge of the platform, slipped and fell.  She hit the train face on, becoming wedged between the vehicle and the platform.  A crane was used to remove her from the accident scene, and although an ambulance and the police arrived quickly, the impact resulted in serious injuries.  The tram driver was also treated for shock.  Police currently are examining security camera footage to better understand how the accident happened.

Service was interrupted on the T2 line between the Redi and Novoli Palazzi Rossi stop, and commuters were directed to take shuttle buses to cover that route.  (rosanna cirigliano)