Vandal Charged for Declaration of Love 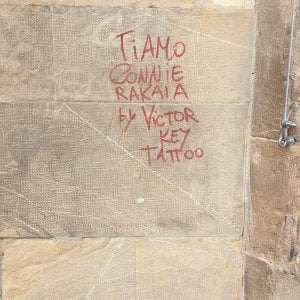 A 38-year-old man declared his feelings by writing the words “Connie Rakaia, I love you” in red on multiple columns along the Vasari Corridor, between the Uffizi and Ponte Vecchio. A total of seven graffiti writings were found by the Florence Police on the morning of April 23. He was finally caught then charged on May 22 for damaging city property.

The man who committed this act signed all the writings “Victor Tattoo” as a way to disguise himself. By searching this identity on various social media platforms, the anti-degradation team was able to trace the graffiti back to the perpetrator. The surveillance cameras as well as the investigation by the municipal police contributed to finding the culprit.

In reaction to this event, Dario Nardella, the Mayor of Florence, stated, “I understand that love is blind, but there are more respectful ways to express feelings towards one’s beloved.” He continued, “Certainly not by smearing monuments that are a symbol of beauty for us and should be respected by all.”

As a result of this act, the director of the Uffizi, Eike Schmidt, says that authorities will ask for payment to remove the graffiti. To defend his position, he said, “cleaning these surfaces costs and is not a joke.”

In the past year, there have been five people who were fined for vandalizing Florence monuments: four of them left their mark on Ponte Vecchio.