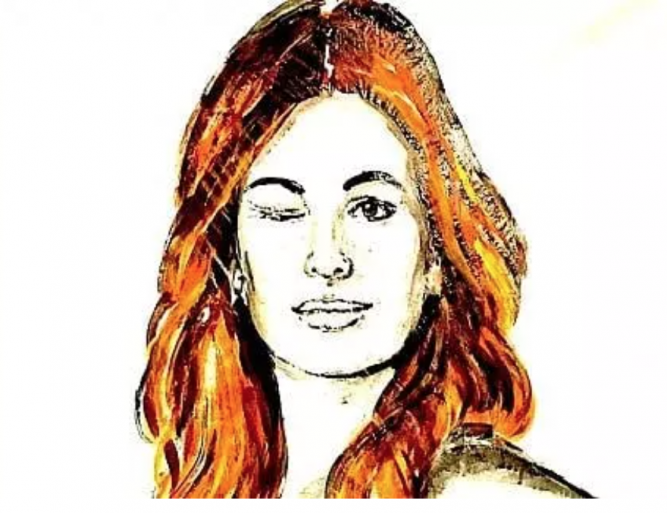 “Don’t judge, beauty will save the world.” The Florentine street artist collective Lediesis includes this caption on their Instagram @lediesis alongside a photo of their latest mural of Spanish-Italian actress, model, and TV presenter, Vanessa Incontrada, who recently posed nude for the cover of the latest Vanity Fair. Incontrada’s decision to model naked for the cover shoot and Lediesis’ mural in response both comment in favor of the body positivity movement.

The mural can be found on a building in the historic center of the Municipality and depicts Icontrada in a similar position to the Vanity Fair cover, with her arm across her chest. However, the art group adds their signature red and yellow “S” to symbolize Superwoman––strong women, from the likes of Greta Thunberg to Frida Kahlo, who fight against social norms.

Incontrada’s cover shoot for Vanity Fair aims to raise awareness for body positivity as the actress and model has been judged for her figure throughout her career. She was critiqued in particular for changes in her body after giving birth to her son Isàl in 2008. This campaign has helped Incontrada find peace with her body, as she explains in an interview with Vanity Fair.

Struggling with body acceptance is an unfortunate reality for both women and men, explains Incontrada. In the same interview, she explains that men’s gaze is not always what is more harmful to women, but actually how women judged each other. Raffaella Oliva writes in RollingStone that while Incontrada’s photoshoot is meant to encourage women to embrace their bodies regardless of shape or size or age (the actress is 41-years-old), the photos a reader sees in the magazine have probably been photoshopped and edited to perfection. However, Oliva’s critique is falling down the same rabbit hole Incontrada is trying to dismantle.

Only months earlier did Lediesis paint a mural of Rai foreign correspondent and journalist Giovanna Botteri, who was critiqued by the satirical news program Striscia la Notizia for wearing the same outfit while reporting on COVID-19. As Incontrada states in a video posted to her Instagram, regardless of a woman’s decision to work or not to work, to wear one outfit or not, she is judged by that singular choice. Hopefully, Lediesis’ permanent mural will remind Florentines and all who visit the city the importance of body positivity and loving ourselves for exactly who we are.