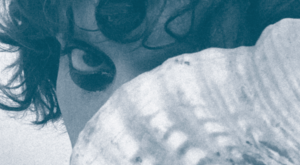 Look out for the special performance “Water Spell” on September 23 floating down the Arno! In the evening at around 6:45 pm this coming Friday, a boat stage will be set up on the Arno River to host this event created by Emiliano Maggi.

The show will take place between the Palazzo Corsini and the Ponte Vecchio, and it will involve music, sculpture, and choreography.

Maggi has decided to involve the members of Florentine Historical Parade (Corteo Storico) in this show, a group that dresses in period-accurate costumes from the Renaissance and plays instruments like drums and trumpets.

This performance is an interpretation that brings to life the mythical figure of Triton, a fascinating creature of imagination that is both animal, man, and god, both male and female.

The figure is synonymous with nature and the dominion that natural events hold over humanity. It was the protagonist of a performance by Caroline Corbetta, and now to be played by Emiliano Maggi at sunset along the river.

Admission is free to the public and can be watched from anywhere along the river as the boat floats from Ponte alla Carraia to Ponte Vecchio.

The performance is presented by Museo Novecento of 20th and 21st Century Art for the occasion of Florence Art Week in tribute to  the International Antique Fair that opens in the Palazzo Corsini, which is located on the banks of the Arno, on September 24.  (Isabella Arrazo)