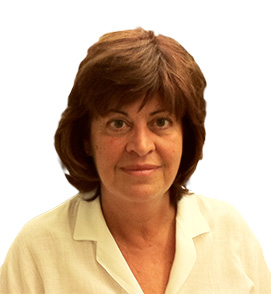 Editor and Publisher: After earning a master’s degree from Boston University’s College of Communication, Rosanna Cirigliano became the only native English-speaking member of the professional Ordine dei Giornalisti (Tuscan Press Association). Her articles have appeared in The International Herald Tribune (now the International New York Times), the Corriere della Sera’s Italy Daily, national publications in the U.K., Italy and Israel, as well as European-wide newspapers.

A former daily columnist (in English, ‘Day by Day’) for Florence’s La Repubblica newspaper, she returned to the regional edition with the online column, ‘Day’ (2013 – present) at www.firenze.repubblica.it.  She is also the author of seven books, many in conjunction with the photographer Andrea Pistolesi, and contributed to several others for publishers including Rizzoli and Workman Publishing.

The journalist went back to international coverage in 2016 with five consecutive pieces on the national Repubblica website (www.repubblica.it) specifically following the Ashley Olsen murder case in Florence, followed by an assignment on the collapse of Lungarno Torrigiani near Ponte Vecchio.  It marked the first time that news stories in English, written by an American, were ever posted on an Italian national news outlet.

2017 brought international coverage regarding the case of alleged rape of American students in Florence by carabinieri policemen in addition to the protests against U.K. prime minister Theresa May’s visit to Florence.

She covered the American student crisis in Florence caused by the pandemic in three articles in 2020 and 2021.

Italian was the first language Rosanna heard and communicated in until age three as an American born of Italian parents. She was then exposed to English, retaining a comprehension for Italian, only learning to speak the language again and be able to read it after her move to Italy. This background gave the journalist a unique bicultural perspective, which is Magenta’s trademark.

During her ongoing career in Florence, she was the executive editor of Florenscape, the city’s first newsmagazine in English, as well as the founder and managing editor of regional magazine Vista, Florence & Tuscany (see here for details on these publications).

Music editor Anne Lokken is a professional musician who played the viola in the Maggio Musicale Orchestra until her early retirement.

Elizabeth Berry is specialized in features and reporting on cultural events.

Dance editor Jennifer Klammer was invited to perform in the Florence Dance Festival and earned a BFA in dance at the University of Florida.

With an English degree from Pepperdine University, web planner Aubrey Williams worked on both the beta and definitive Magenta websites.