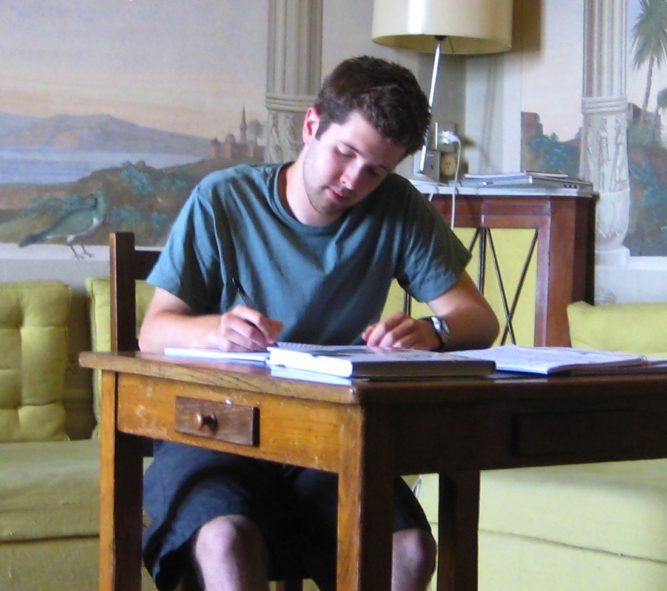 Students from seven American universities with campuses in Florence—NYU, Stanford, Pepperdine, Gonzaga, Syracuse, Harding and Fairfield in addition to Georgetown in neighboring Fiesole for a total of eight—have been sent home in the wake of the first Coronavirus (COVID-19) cases reported locally on February 24.  The Pepperdine program in Shanghai had previously been suspended through summer 2020.

The students going back to the U.S. arrived in Florence in January or early February for the semester, which concludes in April or May. Stanford is the exception, as it is set up according to the quarter system, with the current session ending in late March.

Several other programs, such as Elon and the University of Southern California—without an independent campus but who rely on Italian provider organizations or agencies for classrooms, housing placements and other needs with the exception of accreditation—have also decided to send their students back to America.  Elon’s students are based at the Accademia Europea di Firenze.

The nine-month program (September – May) at California State University is going ahead. So are courses at James Madison, which is on semester break at the moment.  Middlebury College, a premier Italian language school along with Smith College, will also continue as usual for the time being.  Middlebury students presently enrolled at the University of Florence, are being given the choice to continue there or attend classes exclusively at the Middlebury campus.

Schools, like Kent State University and Harding, as well as several others which do not have an independent campus—such as the University of California—have given the option for students to return home or remain in Florence, as has the Fashion Institute of Technology (F.I.T.).  In the case of F.I.T., students in Florence can choose to go back to New York and resume course work there or return to their classes at Polimoda, which will reopen on Monday, March 2 after a week’s closure.  F.I.T. students in Milan will continue their studies by working remotely as the Politecnico di Milano is currently shut.

ISI (the International Studies Institute) in Florence, which hosts both U.S. private colleges such as Roger Williams and public university systems in a consortium which includes Penn State University, University of Connecticut, University of Virginia and Arizona State University, have left the decision to remain or return to the U.S. to each student.  There is one exception: an affiliated program has decided to send their enrollees home, a course of action which can be waived if the student signs a “stay” form.  ISI is closely monitoring directives issued by EU and the Italian government.

Fabrizio Ricciardelli of Florence’s Kent State, said only a small percentage of campus’s 250 students have decided to go back to America.  All students who are leaving, or who have left, from Kent State as well as other programs, will be able to complete their course work online.  Ricciardelli is also the secretary/treasurer of AACUPI (Association of American College and University Programs in Italy).

When introducing Rocco Commisso, American entrepreneur born in Italy and the owner of the Fiorentina soccer team, at a February 12 lecture at Palazzo del Pegaso, Ricciardelli said that Florence was hosting approximately 16,000 Americans at that time, comprising undergrads and those working towards master’s and doctoral degrees.

Not to be confused with Florida International University in Miami, Florida State University (FSU), anticipated the beginning of spring break, scheduled the first week of March, by several days this week; FSU students are expected to resume classes in Florence on March 9.  At NYU, students will not be returning to the Florence campus prior to March 29, but may do so, depending on the circumstances, in April.  The C.E.A. provider program, which hosts schools from Indiana, Michigan and Delaware in addition to Cal Poly and others, has suspended classes on campus until March 16, when the institution will re-evaluate the situation.  Until then, students will continue to have their learning experience online.

All total, there are 40 U.S. universities present in Florence; roughly 20 have a specific and individual study center. Another 20 are scattered throughout Tuscany, in Siena, Arezzo, Lucca and other locations.  As Florence is becoming saturated, the trend for U.S. colleges is to headquarter study abroad programs in smaller towns such as Montepulciano and Cortona.

While American students in Florence continue to go out in the evening, the nationwide ban on scholastic trips due to Coronavirus has forced the cancellation of visits to museums and school groups traveling to destinations within Italy including Rome, Naples and the Amalfi coast.  This edict is causing difficulties at local U.S. programs which have already made bookings.

A director at an American university in Florence, who wished to remain anonymous, notes that the U.S. Embassy in Rome has issued a Level 2 Travel Health Alert for Italy with the invitation to exercise increased caution.  The administrator noted that if the alert for American citizens in Italy rises to Level 3, U.S. universities throughout Tuscany would probably reconsider their current decisions.  (rosanna cirigliano)