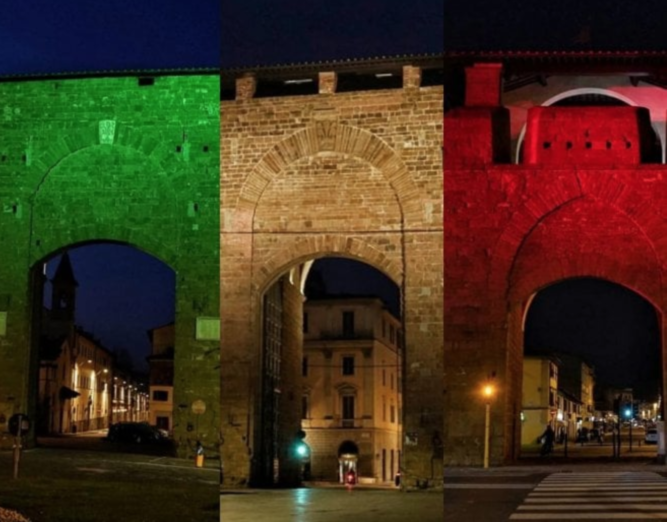 Italy became a unified country on March 17, 1861 and to commemorate this fact during a difficult moment for the nation, the municipality of Florence commissioned the illumination of city landmarks in the colors of the Italian flag — red, white, green — throughout the evening of March 17, 2020.

The monuments included the six medieval gates and various ancient towers.  Porta San Niccolò was lit in red, the Porta alla Croce in piazza Beccaria in white and the Porta San Gallo in piazza della Libertà green.  On the western and southern side of the city, Porta a Prato was illuminated in red, Porta San Frediano white and Porta Romana green.

To read an article on Florence’s gates and towers, click here.