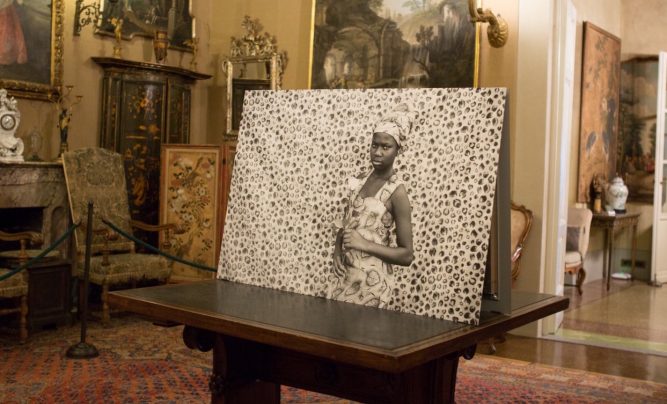 Communities in the United States started celebrating Black History Month in the 1970s to recognize and celebrate the often unacknowledged, but multi-faceted and central role of African Americans in local history. Recently, the month has become an official celebration in a handful of countries and cities outside of the U.S. Black History Month Florence (BHMF) began in February 2016 and set out with a mission to celebrate the diversity of Afro-descendent cultures in Italy.

BHMF has expanded in just two short years from having 16 sponsored events to having 60 events in 2018. With at least one event a day, it is important to recognize that Black History Month Florence is supported by a growing network of over 60 cross-institutional organizations and the month showcases the work of over 90 artists and performers.

The program aims not only to celebrate diversity across multiple media and varying styles of performance, but also to cultivate cross-cultural dialogues which challenge the prevailing narratives of diasporic and descended African communities. That being said, there are multiple events in English including those listed below in an effort to facilitate conversations across language barriers.

Syracuse University Florence will also present initiatives for Black History Month. One lecture will be held at the Le Murate Projects of Contemporary Art building (Piazza delle Murate, Florence) led by Beverly McIver, an African American contemporary visual artist and also a Rome Prize Fellow at the American Academy in Rome (February 6, 5:30 pm). Another will be hosted by Syracuse University Florence (Piazza Fra’ Girolamo Savonarola, 15, Florence) will feature Ingrid Greenfield, a post-doctoral fellow at the Harvard Center for Renaissance Studies, and is titled “Africa in the Uffizi: A Renaissance portrait of an Ethiopian king.” (February 12, 6:20 pm).

The British Institute of Florence is sponsoring a presentation by artist Virginia Ryan on the Make Art Not Walls movement on February 7 at 6 pm.  She is an Italian-Australian artist working in Italy and in West Africa within the disciplines of painting, photography and sculpture, alone or in collaboration with artists, musicians and anthropologists, since 1981.  Her talk will incorporate a short film, “The Art of Migration” by Matteo Fiorucci and Bernardo Angeletti. The event will be held in the Harold Acton Library (Lungarno Guicciardini 9, Florence). The event is free for all library members, or a one day membership card can be purchased for €6 which includes drinks and snacks.

New York University Florence will be hosting four dialogues at Villa La Pietra (Via Bolognese 120, Florence) dedicated to varying topics of Afro-descendent identity within Italy. These events are a part of the ongoing La Pietra Dialogues, a series of talks hosted by NYU Florence which encourage discourse on global issues by inviting some of the world’s leading experts in a variety of fields to present and discuss with the public.

Cécile Fromont, an associate professor in Art History at the University of Chicago, will be leading Common Threads: Cloth, Color, and the Slave Trade in Early Modern Kongo and Angola, a dialogue discussing the relationship of cloth to social change in central Africa during the slave trade (February 13, 6 pm).

Mauro Valeri, from the Department of Equal Opportunity, Italy’s Council of Ministers will be leading a dialogue titled: Black Italians: A History That Still Needs to be Written. This talk will be in Italian with English translation (February 14, 6 pm).

These events are open to the public. To RSVP, email lapietra.dialogues@nyu.edu.

“Black is the Color of My True Love’s Hair” will be an exhibition throughout the month of February featuring many artists of various backgrounds, including New Media specialist Justin Randolph Thompson and Visual Artist Délio Jasse, who will be performing and showing their work in the industrial space at Ex Monastero Sant’Orsola (Via Taddea 14, Florence).

Another exhibition to note is Italian photographer Martina Bacigalupo’s “Inviti a Ritarsi.” It is held at Fondazione Studio Marangoni (via San Zanobi 19/r) and will display photographs from her visit in 2012 to a small, indigenous community in Burundi comprised of Batwa—a minority ethnic group which makes up around 1% of their local population. After rediscovering the photographs years later, Bacigalupo found that the experimental style which she originally discounted created an interesting space of intimacy beyond historical context (until March 3, Monday – Saturday from 3 – 7 pm).

Black History Month Florence has partnered with the American Academy in Rome, among others, to put on a display called “Black Value.” It will be held at the Biagiotti Progetto Arte (Via delle Belle Donne 39, Florence) and will feature a range of artists and works, which examine the dynamism of marginalized people in a ever-changing global context (February 8 – March 17, Tuesday -Friday from 3 – 7 pm, or by appointment).

Music and Dance
Languages of their own, music and dance will be showcased throughout the month as well. From Jazz to Afrobeat to Hip-Hop, there are plenty of concerts and a handful of dance workshops around the Florence area celebrating the connection, importance, and influence of Afro-descendant cultures on music.

The Friday Eghosa and Starzy Singer Songwriter Showcase will be held at the Superfox café (Via della Vigna Vecchia 27/r, Florence on February 13, 8 pm). Met Jazz presents Yilian Cañizares, a Cuban-Swiss musician, at Teatro Metastasio right outside of Florence (Via Benedetto Cairoli 59, Prato). The Tasso Hostel Florence will be showcasing a a dance performance called “The Cage,” a Hip Hop workshop, and an Afrobeat DJ (February 24 starting at 8 pm).

With over 50 appointments, there’s an event for everyone to celebrate Black History Month Florence and to cultivate cross-cultural conversations of race and identity in the city of the Renaissance. (anna rosin)