June Films in English at the Odeon 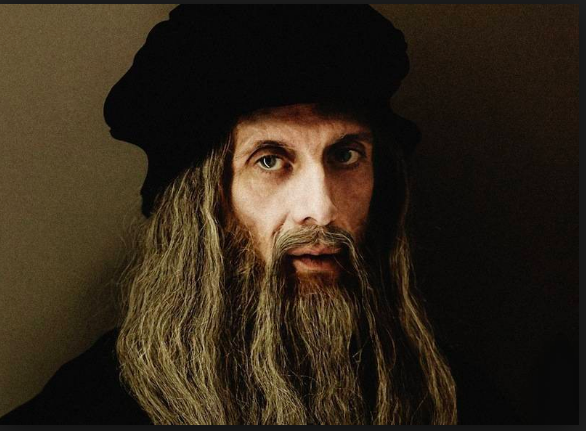 June offerings at the Odeon Cinema continue with more screenings of Rocketman, a musical fantasy drama about rocker Elton John from his early days as a prodigy at the Royal Academy of Music to his plans for a farewell tour after more than five decades of performing.  Next horror film fans will want to see The Dead Don’t Die, nominated for the Palme d’Or at this Cannes Film Festival and featuring an all-star cast.  Being Leonardo: An Impossible Interview commemorates the 500th anniversary of the death of Leonardo da Vinci with this documentary of an imaginary interview with the genius.

Another film based on two best-selling memoirs from a father and son, Beautiful Boy, delves into the tragic situation faced by many families—that of addiction and how wrenching it is for all involved.  The month ends with a Marvel Comics superhero film X-Men: Dark Phoenix, with continuing challenges of keeping the planet safe from malevolent aliens.  Being Leonardo will be screened in Italian with English subtitles.  The other films will be screened in English with Italian subtitles.

Here are plot synopses of films on the program.

Dexter Fletcher directs this biographical drama based on the life of Elton John, the Grammy Award winning rocker who has sold more than 300 million records.  Taron Egerton stars as the flamboyant star and the film follows John from his early days as a child musical genius to his current rock star status with more than 50 Top 40 hits.  Through times of depression, struggles with sexual orientation and substance abuse, Elton John with songwriter Bernie Taupin has created musical hits for more than 50 years.

A peaceful small town is attacked by a horde of zombies as the dead begin to rise from their graves.  Daylight times fluctuate, animals disappear and radios malfunction as three bewildered police officers try to sort out the problem.  Bill Murray, Adam Driver, Chloe Sevigny, Steve Bucemi and Selena Gomez star in the film with Tilda Swinton giving a performance as an eccentric Scottish undertaker and Iggy Pop playing himself as a zombie.

Two journalists, from New York and Milan, unbeknownst to each other, are charged with writing a story on Leonardo da Vinci.  They both arrive in the town in France where the genius lived his last years and they meet ‘Leonardo.’  The interview reveals the story of da Vinci’s childhood, his imagination and passions and connection to nature while exploring the themes of his work with flight, water, the eye and ethics.  Massimiliano Finazzer Flory wrote, directs and portrays da Vinci in person, garbed in 16th century costumes using the artist’s own words as recorded in his journals.  On June 18, the theatre offers a special aperitivo with typical Tuscan cuisine, wine and a showing of the movie for €25.  Tickets can be purchased at www.destinationflorence.com

The plot focuses on the heartbreaking story of drug addiction, relapse and survival of a family based on biographies of David and Nic Sheff.  With strong performances from Steve Carrell, who plays a father who never gives up and Timothee Chalamet, his son who is a multiple drug abuser, the film deals with the anguish and hope that touches many families.

The movie narrates the story of one of the X-Men strong characters, Jean Grey (Sophie Turner), whose incredible powers begin to corrupt and turn her to the dark side.  The rest of the X-Men team must make the tough decision as to what to do with their possessed colleague and reunite their family in order to save the planet.  (rita kungel)