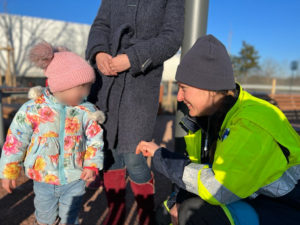 As the Russian invasion of the Ukraine continues, the Florentine and Tuscan Misericordie are preparing to offer aid to both residents still in the country and those who are fleeing. On March 14, the non-profit delivered numerous medicines, toys, food, and clothes to residents of the war torn country, and offered to return to Italy with women and children to rescue them from the threat of bombs.

The Misericordie convoy is coming back to Florence with 30 refugees. Twelve vehicles and two trucks had left the city on March 11, carrying with them the basic necessities that had been collected by the Misericordie (click here to see where to donate). They headed in the direction of Poland, first arriving in Krakow, and then in Lublin to unpack aid with volunteers from Help Ukraine.

Once they were finished, Misericordie members then headed to Dorohusk, on the border between Poland and Ukraine. There, they met up with 30 refugees, all women, some with children, who were waiting to be taken to safety in Italy. During the first expedition, which was two weeks prior, the Misericordie brought 26 individuals back to Florence.

“We thank the Tuscans who have shown so much generosity towards the Ukrainian people by donating food, warm clothes, medicines, games for children: the people are exhausted and need everything,” Andrea Ceccherini, president of the Misercorida for the greater Florence, said. “But the greatest help we can give to these people is to give them hope for the future, to get them safe from the bombs, and that is what we are trying to do.”  (marissa conter)