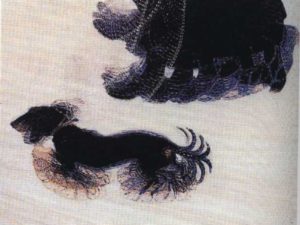 Many works of art were lost, stolen or destroyed during the Second World War, but this week, a new performance emerges to fill the void they left behind. On July 2 & 3, the Israeli dance company Public Movement will bring their most recent exhibition inspired by lost Italian art, Choreography for a Collection, to Florence’s Museo Novecento (Piazza di Santa Maria Novella, 10).

In a journey both spatial and temporal, small groups of visitors (no more than 20 at a time) will be led through the museum to various performance installations. Beginning at 6:30 pm on both days, new groups will be allowed in every half-hour, with the final performance running from 9:30-10 pm. Entrance is free, but because of the limited space, the museum recommends making a reservation here.

The performance is partially in honor of Rodolfo Siviero (1911-1983), an Italian secret agent working in Berlin during Fascism who made the preservation and repatriation of Italian artworks his primary goal, earning the nickname “James Bond of the Art World.” A list he compiled identified 1,558 missing pieces, many of which he recovered while working for the new Italian government until his death in 1983. Siviero’s former Florence home (and the art it contained) was left to the region of Tuscany and is now a museum dedicated to art as cultural heritage.

Originally part of the Temporary Orders series made for the Vistamarestudio Gallery in Milan last year, Choreography for a Collection focuses on how artworks from 1909-1945, from the publishing of the Futurist Manifesto to the end of WWII, were often destroyed by Fascism, the very ideology they depicted. The featured artists include Giocomo Balla, a key proponent of Futurism, and Giorgio Morandi, whose still lives made him a forerunner of Minimalism. This is motivated by the Tel-Aviv-based group’s commitment to staging what it calls “political actions” in public spaces, often exploring the intersection between art and political and social life.

According to Sergio Risaliti, director of the Museo Novecento, this collaboration with Public Movement uses the relationship between performing and visual arts to find new ways the public can connect with museum exhibits. “Art is always related to history and its transmission,” said Risaliti in a statement to the press, “just as museums and institutions play a fundamental role in the construction of our memory, personal and collective.” (alex harrison)