A Critic’s Take on ‘Spider-Man: Far From Home’ 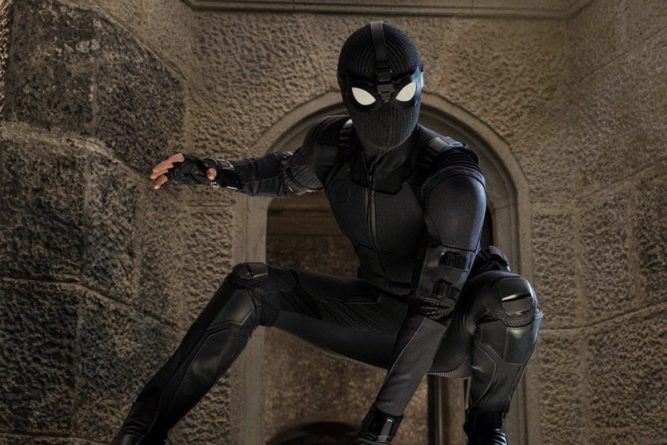 The Marvel Cinematic Universe began in 2008 as an experimental attempt to recreate the dynamic of superhero comics on the silver screen — use multiple film series to explore characters living in the same storyworld, and, relying on the character development of solo-outings, create big team-up films that are both thrilling and satisfying.

The massive success of 2012’s The Avengers essentially proved the concept, and with the image of a grinning Thanos in its after-credits scene, Marvel Studios asked another question: Can these interconnected film series, each with their own stories, work together to build a grand, epic narrative for the universe itself? The answer was again a resounding yes as the global event that was this year’s Avengers: Endgame brought the Infinity War saga to a close.

Now, after saying goodbye to some of its most iconic characters and the actors that helped build the franchise, the MCU must prove its ability to endure. Spider-Man: Far From Home, given the impossible task of following up Endgame, is not only aware of this challenge, but builds it into the narrative. Spider-Man has thus far been on the periphery of the interplanetary action, noticeably young and refreshingly grounded. His character arc in Homecoming (2017) was learning that heroism doesn’t have to mean saving the world, that there is value in being a friendly neighborhood hero.

But now, the death of his mentor Tony Stark has left him with big, iron shoes to fill, and the world is asking for him to be more. Just as the specter of great responsibility haunts Peter Parker in Far From Home, the pressure to help carry this universe into the future looms over the film itself, threatening to crush the character’s lighthearted tone under the weight of cosmic consequence.

The initial response, of both film and character, is to run. The premise of Far From Home sees Parker (Tom Holland) trying to get away by going on a European vacation with his friends, putting life-or-death choices aside in favor of finding a way to confess his crush on classmate MJ (Zendaya), and director Jon Watts plays along by giving his movie a teen-comedy air.

But the duties of a superhero cannot be avoided forever, and blockbuster action scenes break through in the form of Nick Fury (Samuel L. Jackson), monsters called Elementals, and Quentin Beck (Jake Gyllenhaal), a hero from another dimension with the moniker “Mysterio.” Faced with a threat that Beck insists is potentially world-ending, Parker must choose between the future Stark wanted for him, and the future he wants for himself.

I will not spoil what unfolds, except to say that Far From Home is a film about appearances, and not only in terms of its story. Spider-Man struggles with his image from the outset, and his avoidance of his super-suit is an important motif that tracks his growth throughout. The enduring myth of Iron Man that weighs on Parker is interrogated, much in the way that a son comes to terms with his father’s flawed humanity as he grows older.

Even the film itself changes appearance, leading to some of the most exciting imagery from Marvel since Doctor Strange. A certain plot device functions like a key, unlocking the viewer’s perception about halfway through and unshackling a narrative that really takes off from there.

There is a flaw inherent in this structure, a trade-off without which this film cannot exist: For the second half to be as excellent as it is, the viewer must go through the middling first half, invest an hour into a movie that appears less exciting than it is eventually revealed to be. For the work as a whole, this choice makes perfect sense, and it’s difficult to argue that it doesn’t pay off in the end.

For the audience, however, half of the viewing experience is still spent watching generic CGI action sandwiched between teen comedy jokes that only land about half the time, which somewhat holds Far From Home back from greatness. That said, great performances from Parker and Gyllenhaal, visual creativity from Watts, and a dedicated infusion of themes elevate this superhero flick, while the many creative references to 2008’s Iron Man anoint New York’s webslinger as the King-in-Waiting for MCU’s Phase 4. (alex harrison)

Spider-Man: Far From Home is screening now in English at the Odeon through July 21. Check here for times.