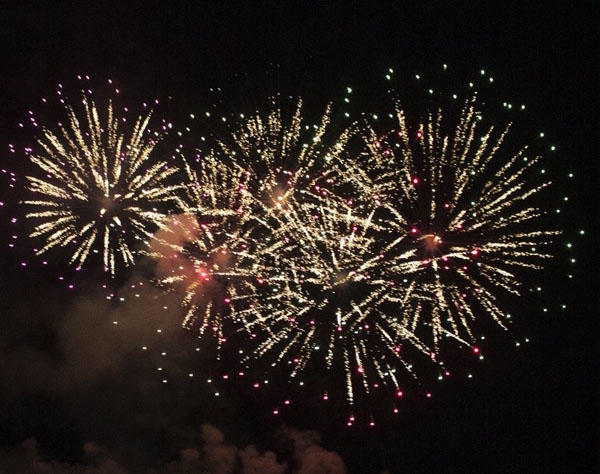 Medieval games, fireworks, and a day off work — the perfect combination to cure your Monday blues. All these and more will be yours when Florence celebrates its patron saint, John the Baptist (San Giovanni), on his feast day, June 24.

The day of commemoration and festivities begins at 9 am with a historical procession from via del Corso to Palazzo Vecchio. Dressed head to toe in Renaissance clothing, foot soldiers, cavalry and flag throwers will lead the mayor and other city officials to the Baptistry for a ceremony honoring San Giovanni at 10 am. In a tradition established in 2004, this year’s Cross of St. John, a silver sculpture that reproduces the holy symbol as portrayed in traditional Florentine art, will be presented to the city’s politicians.

Following this ceremony, in honor of the day’s religious significance, Cardinal Giuseppe Betori will lead Holy Mass in the Duomo at 10:30 am, accompanied by musical performances by several Florentine choirs. Later, at 12:15 pm, the Cardinal will inaugurate the new replica of the Baptistry’s South Door, which will replace the original as it undergoes restoration.

Various museums across Florence will observe the holiday with free entry, including the Bargello Museum Group, which includes the Bargello National Museum, the Orsanmichele church complex, and the Medici Chapels Museum. Additionally, the San Niccolò Tower, one of the few remaining sections of the old city walls that is only open for visitation during the summer, will restart its 5 – 7:30 pm hours on Monday. Reservations are required for the visits scheduled every half hour, and tickets cost 6€ per person.

After a morning of reverence, Florence turns to a more competitive tradition in the afternoon — Calcio Storico. Another historic procession at 4 pm will lead from Piazza Santa Maria Novella to Piazza Santa Croce, where the two districts victorious in last weekend’s semi-finals–the Whites of Santo Spirito and the Greens of Santa Maria Novella–will battle for a year’s worth of bragging rights at 5 pm. Tickets range from 29-80€ depending on the seating section and must be purchased in person at the Box Office, via delle Vecchie Carceri 1, which opens at 11am.

The evening marks a switch from athletics to pyrotechnics, and the firework display along the banks of the Arno river is the feast day celebration’s crown jewel.  Only 18,000 guests will be allowed to find a spot in the historical center such as the bridges to view the display, and, starting at 8 pm,  they will enter at one of four gates: Lungarno della Zecca, Lungarno alle Grazie, Lungarno Cellini and Lungarno Serristori (near Ponte alle Grazie).

At 9 pm, the President of the St. John the Baptist Society will honor Florence-born film director Franco Zeffirelli, a major creative force in the region whose passing on June 15 has inspired a number of tributes. The fireworks, which this year require 100kg of explosives, begin at 10 pm and last for 40 minutes, and seating is available in Piazzale Michelangelo as well as on the riverbanks.

Though it is always a beloved part of the holiday, this year marks the spectacle’s 40th year, and organizers have planned to make this show a little more special than usual. In honor of two figures who collaborated to create the first show in 1979, pyrotechnician Mario Mazzone and former St. John Society President Emilio Pucci, this year’s display is more choreographed than past editions, and promises to build to a uniquely breathtaking finale. (alex harrison)